Carlos Fuentes on the Doubles of Paris 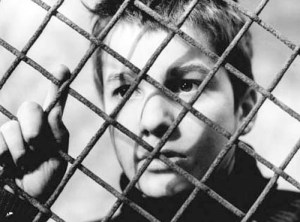 Preparing for travel to Paris–and beyond.  And what is there to say about Paris that has not been said before?  Is there any image of Paris which is not tainted with sentimentality and repetition? In his gem of a book, Myself With Others, Carlos Fuentes has a chapter titled “How I Wrote One of My Books.”  The novel in question is Aura.  The chapter is a curious mix of evocation, meditation, memoir, and theory. Its opening sections are set in Paris:

But Paris is a double city; whatever happens there possesses a mirage which seems to reproduce the space of actuality.  We soon learn that this is a form of deceit.  The abundant mirrors of Parisian interiors do more than simply reproduce a certain space.  Gabriel Garcia Marquez says that with their army of mirrors the Parisians create the illusion that their narrow apartments are double the real size.  The true mystery–Gabriel and I know this–is that what we see reflected in those mirrors is always another time: time past, time yet to be.  And that, sometimes, if you are lucky, a person who is another person floats across these quicksilver lakes.

I believe that the mirrors of Paris contain something more than their own illusion.  They are, at the same time, the reflection of something less tangible:the light of the city, a light I have attempted to describe many times, in political chronicles of the events of May 1968 and May 1981 and in novels such as Distant Relations, where I say that the light of Paris is identical to “the expectation that every afternoon…for one miraculous moment, the phenomena of the day–rain or fog, scorching heat of snow–[will] disperse and reveal, as in a Corot landscape, the luminous essence of the Ile de France.

A second space: a second person–the other person–in the mirror is not born in the mirror: she comes from the light.  The girl who wandered in from her living room into her bedroom that hot afternoon in early September more than twenty years ago was another because six years had gone by since I first met her, in the budding grove of her puberty, in Mexico.

But she was also another because the light that afternoon, as if it had been expecting her, defeated a stubborn reef of clouds. That light–I remember it–first stepped through timidly, as if stealing by the menace of a summer’s storm; then it transformed itself into a luminous pearl encased in a shell of clouds: finally it spilled over for a few seconds with a plenitude that was also an agony.

In this almost instantaneous succession, the girl I remembered when she was fourteen years old and who was not twenty suffered the same changes as the light coming through the windowpanes:that threshold between the parlor and the bedroom became the lintel between between all the ages of this girl:the light that had been struggling against the clouds also fought against her flesh, took it, sketched it, granted her a shadow of year, sculpted a death in her eyes, tore the smile from her lips, wanted through her hair with the floating melancholy of madness.

She was another, she had been another, not she who was going to be but she who, always, was being.

The light possessed the girl, the light made love to the girl before I could, and I was only, that afternoon, “a strange guest in the kingdom of love” (“en el reino amor huésped extraño”), and knew that the eyes of love can also see us with–once more I quote Quevedo–“a beautiful Death.”

The next morning I started writing Aura in a café near my hotel on the rue de Berri. I remember the day…

Writing teacher at Boston University; translator (from Arabic and Armenian); prose writer; occasional editor; incurable wanderer.
View all posts by Taline Voskeritchian →
This entry was posted in Cities and towns. Bookmark the permalink.