Posted on June 18, 2010 by Taline Voskeritchian 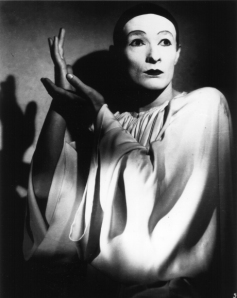 Forget the seductive smile which is sometimes extracted from the teeth of contempt or, worse, politeness. Forget the touch of fingertips, which comes when you least expect it, as the waiter is returning small change.Forget the stroke of the hair or the chest on a beautiful, half-windy afternoon, the Pont Neuf a blaze of fire under the sun. Forget even the light kiss which Parisians use with such frequency and fanfare that it makes you wonder how they have energy for the words that follow–and for what follows the words and the silences.

What matters—still—in Paris is the wink, that odd little habit which, I suspect, has all but been abandoned in the “Anglo world,” condemned to the dust bin of the pre-feminist era, some relic left from a time when men (intense smokers, all of them) wore Brylcreem on their hair, and women in tight-waisted, cloche skirts acted coy.

The poor wink: add it to the list of things which should be eulogized by the English-speaking world, together with the slide ruler and the transistor radio and the small old-fashioned suitcase which does not hold much but is compact and easy to carry and signifies exile and trouble, even anguish. Or, if you want, add the wink to the list of habits  which are slowly vanishing from our lives: the family meal, the weekend telephone conversation for which you prepared by checking the weekend rates, but most of all the handshake. (Ah, the handshake! One day, in a decade or two, the young will ask of the old, What exactly was a handshake?  And you will be lost for words.)

The wink gets no respect in our world.  More, it is often a target of scorn and suspicion and derision as though its throwers were all lecherous old men who get their kicks out of such perverse muscle movements.  But not so in Paris.  The wink is still around and can catch you off guard, when you least expect it, which is the real intent of the wink, isn’t it?  That those who are well-versed in it know when and how to throw you a wink, to suddenly and nonchalantly squeeze one eye—you know what I am talking about.  You can reduce it all to muscles, if you want–the wink is a badly-behaved eyelid which suddenly goes into high gear and wants to assert itself, to be bold, to overcome its reputation as a delicate, almost invisible part of the face.  Or you can think of it in psychological terms–it is  the rebellious 14-year-old in an aging man (they wink, too), who suddenly appears on the interior stage, tasked with a very minor role.

Or you can simply and naturally accept the French wink as just that: an instant of complicity between two people, which says something sweet but also escapes the responsibility of more to come.  Which is all you can do with the wink, really, even if you’re on an Air France flight bound for the US and the attendant, a very handsome man in his late forties, throws one at you and then is gone, like a thief, or an elf–here one minute and off the other.

But why Paris, you may ask? Why attach it to a place?  Like all the Big Questions of life, which still preoccupy some of us (it is sheer folly, we know), there is no answer, or better still, we must improvise an answer as we wallow in uncertainty. (It was Graham Greene, that great writer of a particular kind of anguish, who said that to be sure is to cease to be alive, and who wants to be dead at ripe age? )  Paris is still the city where old habits die a slow death despite all the rumors you hear about cafés closing down in alarming numbers, where men (okay, some men) still hold the door open for a woman to slip through; where smoking is still often done with a certain intensity although, like everywhere else in the health-conscious world, smokers have been banished to the streets.

But Paris is also the city of human proximity, of small homes and crowded streets; of people who don’t or can’t afford to shower every day; of subways where you can sometimes feel the underwear of the person squeezed next to you.  In Paris, people still look at each other—men at women, women at men; where the look can sometimes subvert itself with a little twitch of the eyelid, and there, in the middle of the subway or at Shakespeare and Company, the wink raises its beautiful head again, not the brash, in-your-face, Sarah-Palin kind of wink, but the more subtle, unobtrusive kind, here one moment, gone the next—like all good intimacies which are memorable because they pass.

Who knows why Paris?  It’s not important, really.  What is significant is how you respond to the wink, or better still, that you actually do respond to it—without shame or coyness, that you are receptive to it, that you don’t avert your eyes, but accept this discrete little exchange for all it says and does not do. 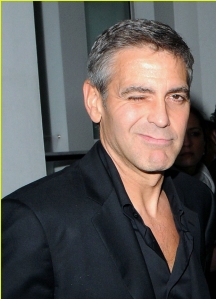 3 Responses to The French Wink