At MFA, Boston: Truffaut and Godard–the end of a friendship

Posted on July 17, 2010 by Taline Voskeritchian 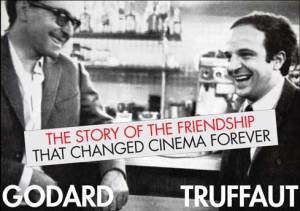 Emmanuel Laurent’s Two in the Wave is the remarkable account of the troubled friendship of Francois Truffaut and Jean-Luc Godard: the former the son of abandonment and poverty, the latter a descendant from a patrician family. That Truffaut, after the heyday of the nouvelle vague (New Wave), came to think of film as craft and as allied to literature, and Godard became the champion of engaged (Marxist) film-making speaks volumes of the relationship between life and art.  Their early collaborations eventually led to a public and vicious split after the French student uprising of May 1968. According to the film, the split resulted in a deep fissure in French cinema, from which it has yet to recover.

Without a single talking head, without privileging explanation, Two in the Wave relies exclusively on archival footage to tell its tale. It assumes that the viewer knows a thing or two about the New Wave and the influences (Alfred Hitchcock, and Howard Hawkes mainly) which made it such a powerful cinematic movement.  But this is not all, for the great innovation of this deeply moving film is that the friendship and its end is mediated by the presence of the actor Jean-Pierre Léaud who appeared in both Truffaut’s and Godard’s films, and in the wake of the split became an orphan twice, losing both his artistic fathers. 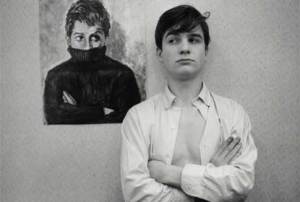 With seamless editing, a wealth of information about the New Wave and its defining role in French cinema in the late 1950s and 1960s, Two in the Wave ends up being a film about much more than the specifics of this friendship, at this particular period.  By the end, the film manages to articulate enduring truths about friendship and art; about character as destiny; and about the empty sorrow which the end of a friendship leaves in its wake.

2 Responses to At MFA, Boston: Truffaut and Godard–the end of a friendship