Posted on August 16, 2010 by Taline Voskeritchian

This meditative essay was originally posted on August 2010.

View of the ocean from the mail boat to Isle au Haut, ME.

Luminous, mysterious.  Trust me, such adjectives are not excessive nor maudlin. If anything, they capture only part of the mystery that’s Deer Isle, and the entire area which stretches from Bucksport to Stonington. For once you are Rt.15 Hill, the drive takes a strange turn:  In a moment of insight, you grasp something as you have never before–that the twin meanings of the word light must have their anchor here, in this tiny community of 3000 persons (during the summer months the number doubles), a six-hour drive from Boston.  And in your mind, this alchemy of land and water, which has little to show by way of majestic churches and monuments and big museums and palaces, has the same feel as those other–more famous, more visited–places of light,  Venice and Jerusalem, for instance.

Natural light is everywhere, day and night.  During the day, it’s in the stillness of a pond of bright pink lilies, or against the ashen white sails of a ship in the distance, or hidden behind the gentle play of the leaves in a forest, or on the surface of the naked, glistening arms of a swimmer in a hidden cove–all this by way of the gentle wind that transports the light to the surface of things, that makes the ocean tides fold and unfold, that turns the poplar leaves this way and that, that gently sends someone through the sloping shrubs and into the warm waters. At night, the sky is a weave of stars, especially in Mariner Park, on a mid-August night when you’re lying on a wet comforter your spine aching and your eyes to the midnight blue sky trying to catch a glimpse of the Perseids but also simply looking, far far away at nothing in particular, the act of attention an end in itself.

It is tomb-quiet here, not a single sound, save for the chatter of the dozen or so persons who have gathered for a talk about the night sky. The leader is a carpenter-turned-amateur-astronomer who points to constellations and talks about light in terms of going backwards in time.  Time, time, time, which never leaves us, even here, in this moment of complete and total stillness and silence, which looks both ways to the past and the future, which liberates and enslaves. ( There’s a reason why, as Robert Grudin writes in his gem of a book, Time and the Art of Living, that the French adjective for happy and lucky–heureux–is derived from heur, which means hour).

Though the speeding Maine drivers can make you livid with anger, though the state has a reputation for attracting a motley crowd of outsiders and renegades, you know that their reaction is somehow equal to the conspiracy of light and wind and water which is Deer Isle.  The speeding truck, the large laughter, the police car horns tear through the silence of this place with a violence which subsides as quickly as it erupted.

Unlike our human silences, this silence is primordial, the world as it must have been before speech, and will be long after we’re all extinct. These rocks, these waters, this wind, light of our days and nights. 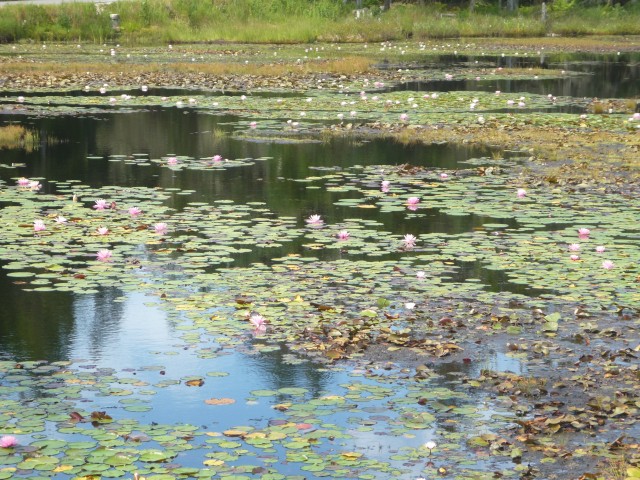