Notes on Eric Friedler’s Aghét:From massacre to catastrophe to genocide

Posted on December 13, 2010 by Taline Voskeritchian

The equation of German documentary film-maker Eric Friedler’s  Aghét:Nation Murder is of two parts: aghét and genocide. Aghét (whose literal meaning is catastrophe) is the word  Armenians use for the what that was visited on their ancestors, proclaims the film. Friedler repeated the same words in the Q and A which followed the film’s screening on December 9 at Harvard’s Kennedy School of Government.

But I was not alone Friday night in asking, Is it really so? A linguist friend sent off an e-mail the next morning, wondering, after the emotional upheaval the film had aroused in him had subsided, if it was so. Is Aghét the word Armenians use for the Genocide? My friend studies Western Armenian speech patterns; he hails from Los Angeles where many Armenians are spoken; he himself speaks excellent Western Armenian. Aghét had left us not only with the horrors of the Ottoman genocidal machine but also with a specific question.

There’s nothing superfluous or petty-minded in this question.  In fact, asking it does not in any way diminish the power and necessity of Friedler’s film.  For what Friedler has done is seal the “Genocide debate” once and for all by showing that, in his words, “the Genocide is not open to negotiations.” Paradoxically though, as Friedler has closed the “debate”  and the negotiation, he has done so by making the proof  total and complete.  And he has done it with ferocious passion and technical sophistication unsurpassed in any other documentary that I have seen on this subject.  In fact, this should be the film to end all films which try to “prove” that the Ottoman extermination of the Armenians did happen. It was, by Raphael Lemkin’s term, which he coined in 1943, genocide.   Friedler uses the full spectrum of possibilities afforded him by archival material: the eyewitness accounts of 23 officials whose written testimonies are housed in the German archives; the images of pillage, murder, and starvation; the re-enactments of these accounts by well-known German actors; historical footage which spans across the twentieth century; and public declarations by current Armenian, Turkish and US officials. 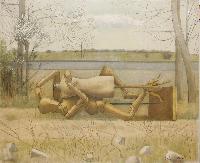 Bracketed as it is by the murder of the Turkish-Armenian journalist and human rights activist Hrant Dink in Istanbul in 2007, the film lays the burden of admission and restitution at the door of the Turkish government. It does so not so much through the pronouncements of the politicians who are most closely associated with genocide recognition but more through the re-enactments of the documentary evidence. This aspect of the film is the most innovative and affecting, and forms the heart of this devastating film. The yellow pages of the archival documents are brought to life, are enacted by a cast of actors under whose often halting words and restrained facial expressions roils the terror of witnessing the destruction of an entire nation.

The film’s attempt to give voice to the archival material  has another implication:  The pop psychology talk about healing and reconciliation between Armenians and Turks is no substitute for the asymmetry between what befell the Armenians and the suffering of their Turkish-Ottoman compatriots. In the Q and A session, Friedler’s response to two questions which, somewhat awkwardly, raised the issues of definition and Turkish deaths was unequivocal, short, and powerful.

Yes, in Friedler’s hands, the term genocide is closed to debate, but what about the Aghét? And whose question is this–the world’s or ours?  (It is telling that though the film’s title is an Armenian word, there isn’t one word of Armenian in the film itself). I am not certain how many people in the audience on Friday night use the term aghét when they “discuss” the genocide, but they are perhaps two handfuls at the most.  And I am not sure it’s any different in other US-Armenian communities.  When we speak about it on these shores, we speak of genocide, not aghét.  And most of the time, in English. Aghét lurks somewhere in our collective memory, overshadowed by the Genocide.

As  Friedler’s film shows, the term genocide is an invented one, noble as its aims were when Lemkin coined it in response to the necessity of a term after the extermination of Ottoman Armenians and of the Assyrians of Iraq in 1933. It has legal underpinnings and consequences.  So, it is not surprising that the screening of this film at Harvard was also to commemorate Human Rights Day.  That Aghét has been shown in  US congressional circles is further evidence of the framing to which this film, like others before it, has been subjected.  And while there were muffled sobs among the audience at some of the most horrific scenes and testimonies, the evening itself (the introduction, the panel and the questions) was further evidence of the uneasy cohabitation between the Aghét and Genocide.

Genocide is the legal, universal term; it connects us Armenians to the world, to activism, to community efforts at justice and reparations, all of them laudable, all of them necessary. It can connect us also to other peoples and groups that have been threatened by annihilation. Aghét is our term in the broken family of such words.  The biography of the word aghét itself locates its origins in literary usage, as Marc Nichanian has so thoroughly demonstrated in his Writers of Disaster. It was Hagop Oshagan who first capitalized the word in 1931 specifically and consciously as the term for the extermination of the Ottoman Armenians; it was the literary answer, if you will, to the tchart (massacre, in Armenian). It was the Armenian of the Shoah, and the Nakba.

Aghét has remained by and large a literary term which does not hold any currency in the usage of American (US)-Armenians almost all of whom use the Armenian equivalent of the word genocide (tseghasbanootune) when they speak about 1915.   (I cannot say much about the usage in educated though not necessarily literary circles in France or other European communities of Armenians.) Despite its literary ambitions or, as Nichanian has argued, its incapacity to describe the horrors, aghéd is the term of inwardness, interiority, the term which, unlike genocide, lives with the silence of the unspeakable, the word’s very cadence, its brevity the only testament to its power–but also this incapacity. And is that not what the muffled sobs of the evening tell? Folded as the horrific scenes and re-enactments of the archival evidence are between the political rhetoric, they seem to jump out of the film’s flow, assaulting our senses, hammering in the horrors one word, one image at a time but even in doing so somehow failing to take full stock, to explain, to understand?   Genocide seeks an accounting in justice, in the rule of law, in the possibility of such a result.  Aghét is all-encompassing in its mutedness, in the crushing of any consequence. 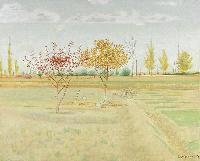 I saw Aghét with my niece, who is a scientist; she works with mice. Her response to the film’s violence was telling of what it said about the Aghét rather than the Genocide. She used an example from her own work, fully aware of the inadequacy of the analogy she was trying to make.  She said that when she first started working with mice, she was uneasy about the suffering she would witness.  But she reasoned that she would get used to it.  But, after many months of work, she reports that she has not become immune to what she witnesses on a daily basis. On the contrary, she is filled with increasing trepidation every time she has to check on the poor creatures.  “I have a difficult time,” she said, “watching my mice close to death. How can…” She did not need to finish her sentence.

All this is not a plea for banishing the word genocide and giving currency to the word aghét although, and as the evening’s progress showed, in the world of genocides, our Aghét lives a  domesticated, supine existence. Intentionally or by accident, Friedler’s  Aghét is therefore about a dissociation rather than an equation of the two terms:  We have the context of the event and then we have the event itself –in the eyewitness accounts and the archival footage.  What would change, what would be different, if Aghét lived equally and freely with the word genocide not so much as the Armenian equivalent of the word but as the authentic word and voice of the victim even as the victim and the witness cannot find the proper words to express, much the less understand?

Aghét  displays another dimension, opens onto another landscape, speaks in a different dialect and tone. If  we  Armenians could have multiple languages (and we should), multiple ways of self-representation, multiple voices, and multiple purposes, what would we say to ourselves and to a saturated world, and how would we say it so that our speech is unshackled, emergent, and original?