Posted on November 21, 2011 by Taline Voskeritchian

I have passed it for some two decades–at least once a day, early in the morning, at midday, evening and late at night.  I have even been its victim once, so enamored I was with its beauty that I tripped and fell right there on Common Street.  The cars stopped, there was a little animation, but what’s a fall (or even a few bruised knees) for the love of this majestic creature that juts out of the earth in abundance, in sheer energy, but most of all, in beauty, especially these days when the autumn sun has a tinge of melancholy, waiting for the hush of winter.

I am not given to seeking happiness or serenity (yes, that word again!) in the gifts of the natural world, or so I think most of the time–city girl, really.  But this tree, which is rumored to be at least a century old (that does not impress me much because where I come from the lives of trees are counted in millenia), has stopped me in my tracks several times. The last was a few days ago.  Small joys, transient joys. 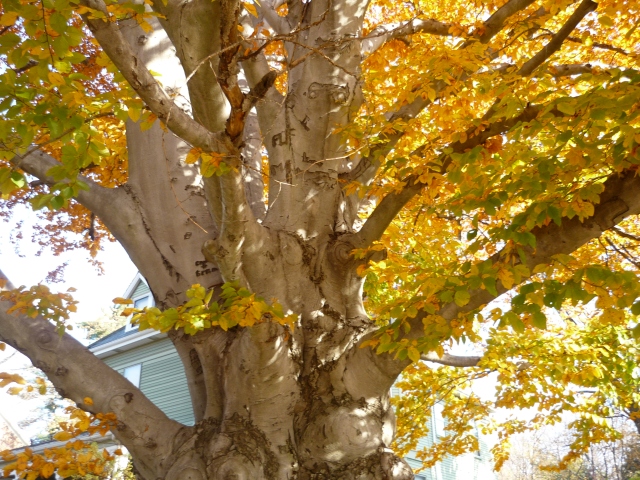