Posted on October 20, 2012 by Taline Voskeritchian

~~My little sleepy town of Belmont, MA is nothing to brag about. Yes, it has a reputation as an affluent town. Yes, Mitt Romney lives here and gets his hair cut (and gelled and shined) at the swanky hair stylist ten minutes down the street.  But, really, Belmont (which must be the yankee version of Belle Mont) is a sleepy, inert town where people have a strange habit of not smiling or, as I discovered today, getting suspicious if they see someone walking down their street taking pictures of the autumn leaves.  Its suburban neighbors–Watertown and Waltham–have more to boast about.  The former has a terrific public library and affordable stores; the latter has a great movie theater which shows a lot of foreign films.  (And I am not talking about vibrant towns; the word has become so overused as to have lost its meaning.)

All this said, Belmont has one asset which neither of these two towns have–Common Street in October.  It is simply a stunning display of color. Granted, it is not New Hampshire’s White Mountains, but for a suburb, it is more than enough.  Today, finally, I took my little camera and walked down to Common Street. I had been meaning to do this for some years now, but here they are, the result of my labors and creaky feet. 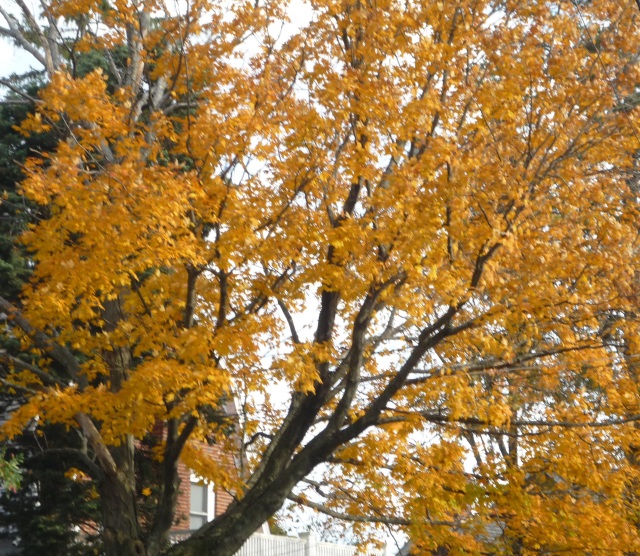 I don’t want to sound zen and serene, but I must say it:  Sometimes things are under our nose.  We don’t have to go far to find what we’re looking for.  I could have chosen Concord, or some beautiful landscape in Vermont or Paris (the way Christopher Dickey photographed it today in all its autumnal melancholy) or even Missouri , but here we are in little old Belmont. It had rained all night, and the surface of the leaves was glistening, shining with light.  The weather was unusually warm, and the sky was a clear blue.  What else can one ask for? 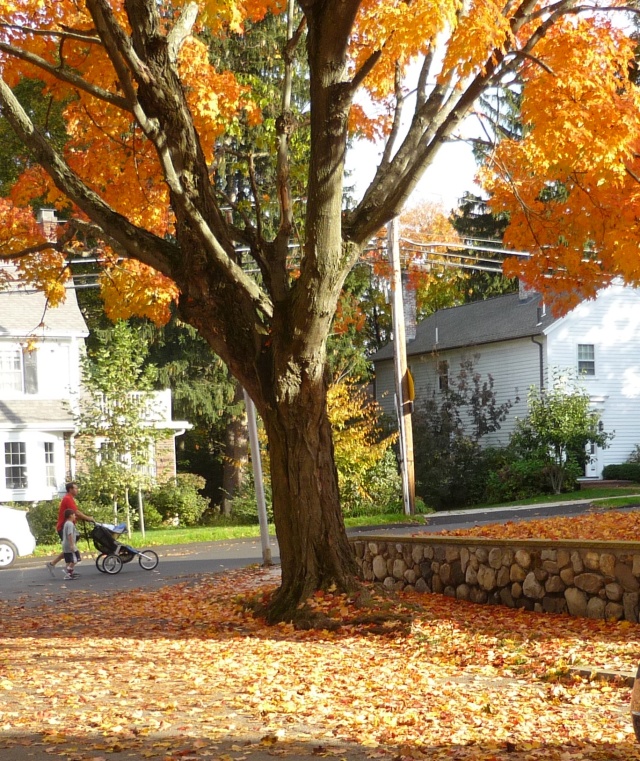 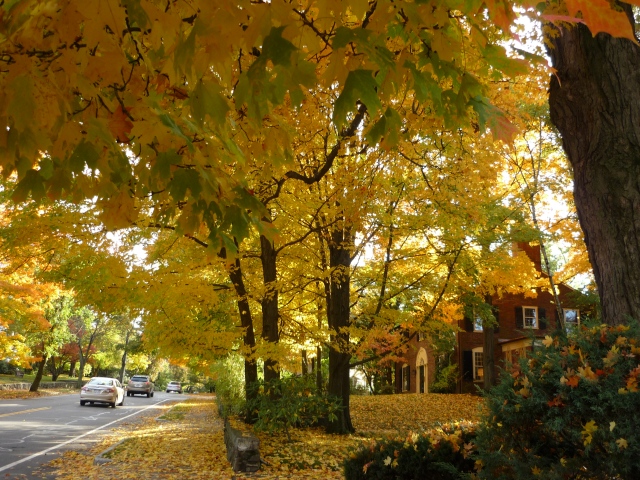