Posted on October 12, 2013 by Taline Voskeritchian

October is a busy time in our area–culturally, at least.  Here are four reviews of events which I saw:  Robert Reich’s film, Inequality for All; Jenin Freedom Theatre in a production of Athul Fugard’s The Island; Vahé Berberian from Los Angeles in the latest of his series of extended monologues, Yete (If), in Western Armenian.  I’ll start with Reich’s film, and then add the others as the weekend progresses. 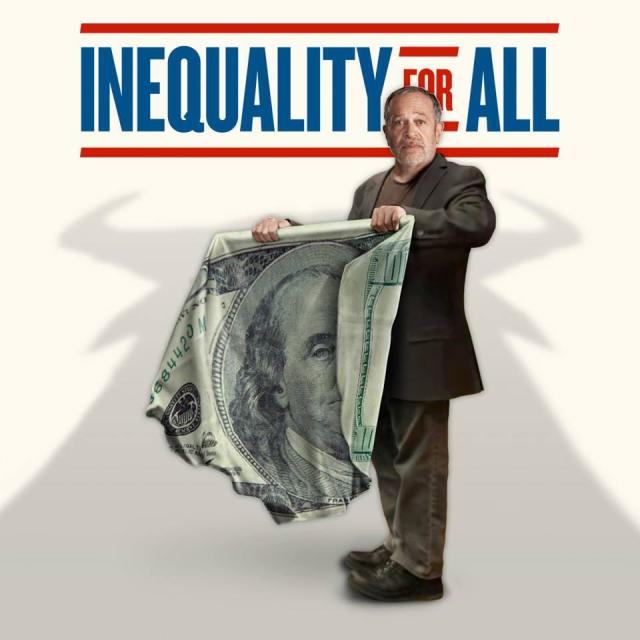 ~~Inequality for All, the Robert Reich film everyone is swooning over, is a disappointment disguised as a charming little flick for the chorus. It’s really a middle-of-the-road film in which no one is really held responsible for the mess in which we are–neither capitalism, nor Clinton and his era, nor Bush 2, nor even Reich himself.

Don’t get me wrong, I like very much Reich’s writing and viewpoints. But he can’t have it both ways, which he tries to do in this film: be a capitalist and aim to change the system. In the end, his “solution” is the old, hackneyed one of each individual making a difference. Please, dear God, not that one again!

Reich himself is charming and intelligent and on-point. And the film has some innovative aspects to it; it is visually pleasing and intelligently delivered, which almost sabotages the hard truths which lie underneath its surface. But the fundamental questions are dodged, and pretty consistently.  And to put the burden of all the failures of the “system” since the Eisenhower years on the backs of his students at Berkeley, and ask them to fight and make a difference is neither convincing nor correct nor viable. When all else fails, the old song comes back:  Each person can make a difference.  In this film, the slogan sounds very, very hollow. ~~ 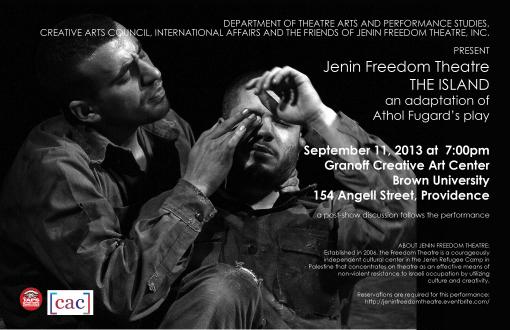 There’s always the risk of disappointment when you attend the performance of a theater group that has achieved near-legendary status, as has the Jenin Freedom Theatre.  The JFT is based in the Palestinian refugee camp of Jenin, and was on tour the past weeks in the US.  I caught their performance in New York City, at  the New York Theatre Workshop in a production of Athol Fugard’s “The Island” whose setting is a prison on Robben Island.

The legend of JFT is huge, casting a long shadow, but the NYC performance was neither disappointing nor an occasion for cheering for a good cause or mourning the murder of its visionary founder, Juliano Mer-Khamis.  As sometimes happens in such situations, we end up sacrificing the art for the cause, but not so in this case.

The play was in performed in English (a last-minute switch by the troupe) by actors (Faisal Abu Alhayjaa in the role of Winston and Ahmed Alrakh in the role of John) for whom English was palpably a second language. But this fact  added not only to the internal tension of the performance but made the whole thing a bit strange, awkward even, made the struggle of the two prisoners even more acute, more visceral.

But beyond this strange, deeply affecting quality of an estranged, tension-filled English, what was riveting about this production was the physicality of the performance.  A prison is supposed to act as a sedative for the body, but in Fugard’s play and the JFT’s production, the play breaks the boundaries of words, goes beyond them almost. The actors jump, go round in circles, fly into the air, fall to the ground, lie on their makeshift mattresses, all with a dizzying speed, energy, and skill.  The underside of all this energy is, of course, the possibility of its dissipation:  the prisoners are planning a performance of Antigone, a kind of buttress, if you will, of art against chaos, formed energy against formlessness, and at the center of this whirl is the question of justice–whose justice?  Antigone’s or her brother’s?

For sure, there were some rough edges to the production–most notably in the sound design which, to our ears, was a bit pacifying, too melodious.  But we left the theater neither disappointed nor cheering the political cause.  We had received the gift of great theater from Jenin, offered by superb actors–present, engaged, skilled, all of which we were witness to in the performance itself but also in the Q and A that followed.  What an afternoon!~~ 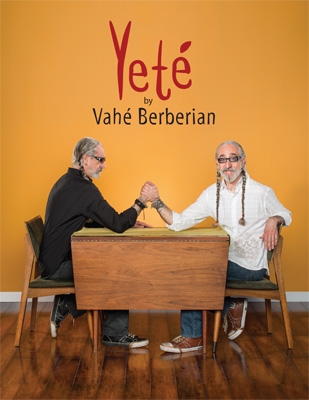 In the Armenian world, in the Republic and the diaspora, Vahé Berberian is a unique phenomenon.  True, he is an artist of many talents and media (theater, the novel, painting),  but his singular place in the Armenian cultural/entertainment world is not related to the diversity of his media.  Berberian is unique because over the course of a decade, he has managed to yoke a certain urbane hipness very much steeped in the LA scene to a language which is on the way to extinction. That language is Western Armenian and specifically the Western Armenian of Beirut, and even more specifically of a certain section of Beirut.  In his monologues and his plays, Berberian is custodian, practitioner and “polluter” (he uses Turkish words and vernacular language) of his ancestral tongue, but more than that, he is its life-line to the cool.  In his hands, our endangered Western Armenian is breathed life, energy, and most important, relevance.

It is a strange, improbable yoking, actually–this marriage of Beirut and Los Angeles whose material is as varied as it is center-less, a little bit like Los Angeles itself, and whose cohesion is achieved through narratives stitched to each other in an almost arbitrary way, eliciting wild laughter to audiences throughout the world.  That is the second quality of Berberian’s uniqueness:  that his material is wholly local and indigenous; there is no borrowing, no translation. And that he has managed over the past decade to create a loyal following.  Yété, which I saw in Belmont, MA, was no exception. The hall was packed, the audience was extremely responsive, and the place thundered with laughter, especially at Berberian’s more explicit jokes and jabs.  Of the four monologues that I have seen, Yeté was the most daring in its language, its references, and its jabs, suggesting perhaps a new departure for Berberian, a more tightly woven text, a more focused, even cruel gaze at our  community life.

For all the singularity of Berberian’s achievements (and they are substantial and unique), his work veers too much toward entertainment, toward getting the laugh, pointing out the absurdities of being Armenian.  Often, Berberian seems unwilling to take a stab at those things–the institutions, the attitudes, the rhetorics– which spawn the absurdities and foibles.  This, too, could be entertaining, but with an edge, with a sharpness which lingers on after the laughter dies down.

Still, in the passage of diaspora culture from Beirut in the 1960s and 70s to today’s Los Angeles, Berberian’s contributions are substantial and groundbreaking.  Now, if we could only get those kids in Armenian schools to speak Armenian, we would be in a better place, as will our language of memory and intimacy; nightmare and laughter.