Posted on December 19, 2013 by Taline Voskeritchian

This post is an abridged, slightly revised review that  originally appeared on this blog in December, 2011, on the occasion of an inaugural exhibition of Karsh’s work at the Armenian Library and Museum of America, Watertown.  The occasion for this re-posting is that an exhibition of Karsh’s work has opened at the American Center in Paris; it includes apparently some lesser known photographs. 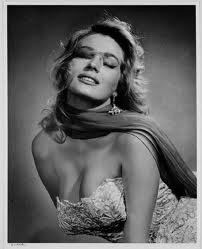 At first, the most striking thing about the exhibition, Yousuf Karsh: Celebrating Humanity, is how familiar these photographs are to a certain generation that grew into maturity in the 1950s and early 1960s.  The exhibition is at the Armenian Library and Museum of America (ALMA), in Watertown, which will be the permanent home of the Karsh collection.

It’s an odd title, Celebrating Humanity.  The photographs are often somber, ritualized, and formal.  Celebration connotes something else though the term is so over-used these days that it has lost all semantic energy.  And as for humanity, the personages here are certainly one slice of humanity, a most impressive slice, but a slice still–the great-men-and-women school of humanity, unless by humanity, the exhibition organizers mean humanity not in the generic sense but as an attribute, the humanity of these bigger-than-life-characters.

I suspect the organizers had the first meaning in mind; these photographs of the greats represent humanity. So, most of us are, a priori, excluded.The lack of clarity in the title does make a difference, but either way, celebrating humanity–there’s something kitchy about it, in the way in which Kundera talks about kitch in The Unbearable Lightness of Being. 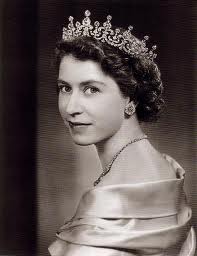 They are all here–Casals, his back to us; Churchill, without his cigar; Picasso with the vase and the nude imprint in the foreground; Helen Keller and Polly Thompson, touching fingers; and more. Additionally, in the exhibition program, each photograph gets a anecdote of how it came about, a paragraph which summarizes the narrative surrounding the sitting.  Some of these anecdotes have received much currency, particularly the one about the scowling Churchill which catapulted Karsh to world renown.  Each photograph has its buzz, its own orbit.

At first, meeting these photographs seems more like a return to the personages that we’ve seen in other Karsh exhibits (I am thinking of the one at the MFA some years ago), in his books, everywhere.   Gathering them here, in this intimate, gallery-like atmosphere is conducive to this sort of re-aquaintance.  There is comfort in such assurance; we feel on solid ground; we feel we know these people though they are all famous and many of them are powerful. Knowing them means walking in the shadow cast by their fame, their achievements, their idealism, their beauty.  Knowing them means being in the presence of power, being subordinate to it but also believing that we share something in common–the excluded and included.  But that’s illusion; we share nothing, really because we are in the allure of power. 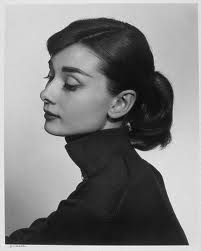 Though Karsh’s career spans more than five decades, some of his most important photographs are  iconic presences that permeate  the print and visual culture of the 1950s, before television took full hold of looking and viewing, before fame and glamor were slowly replaced with celebrity. So we know these photographs also as public/commercial documents, as images on Life magazine covers and such .There is nostalgia, of course, in this look back, this kind of knowing, at a time when public figures were in the grip of transcendent ideas if not idealism, where individuals (men and women) held us in their spell as we rushed to turn the pages of Life in bated breath.

And they are glamorous, powerful presences–from Martin Luther King, to Hemingway, to Einstein, Karsh presents them with the keen eye of an accomplished photographer who understands the play of light on the face and the hands, but who also, like us, functions in the shadows cast by  power and those who are intimates of power.

And what does Karsh do with power, in the presence of power?  How and where does he situate himself in relation to it?   These are the sort of questions which come up later, as the first sense of knowing wears off.  Of course we don’t know these individuals (how can we?); we are mesmerized and mystified (in John Berger’s sense of the word):  the way the mysterious is made visible, the way the photogrpaher has choreographed the composition, the way the subject and photographer have become complicit in this performance.

As these contradictions surface, the original comfort is shaken.  It is this second kind of viewing which is often supressed by mystification.

Karsh has said that his task as a photographer is to reveal the “essence” of a person, to bring to light what coalesces in darkness–and what coalesces in darkness is, for him, the personality of the subject photographed.  So, what knowledge does Karsh offer us?  What do we “know” about these people?  And do we know anything that is really new, or that really matters?I am not sure that we do.

For all his pronouncements, a Karsh photograph–its composition, its play of light and dark, its performance– is not so much about “humanity” as about the way the famous rise above humanity (humanity as a noun).  Transcendance is fine and good, but it also means leaving behind (or being oblivious to) something, to the debris and mess of life; of aiming for the black background, the clean slate; of aiming for the heroic presence above and beyond the mundane, the everyday, the sullied.

And what of the relationship of a Churchill himself to his political power, or an Audrey Hepburn to her beauty, or a Hemingway to his writing? For all its technical sophistication, a Karsh photograph does not deal with such questions. In this sense, Karsh photographs lack not only “humanity” but also life itself, for his photographs stand against context and history; they aim for abstraction–the individual alone in his or her quest for heroism, but also for the painterly gesture, the sculptural weight, the performative moment.

A Karsh photograph is a silent pact at whose heart is the tacit understanding between subject and photographer, that the latter will render the former in portraiture, will aim toward painting, will make the subject come out of the darkness as a form, look larger than the frame, graced by that transcendent, even idealistic look. The photographer will do and be everything to make this happen, put his arsenal of skills and tricks to the task.

The result will be for the most part to the satisfaction of the subject because in the end it is the subject that has consented to the sitting, or has commissioned the photograph though the photographer is the alchemist.  We are merely the passers-by, the remnants, the excluded.  Karsh is the intermediary whose loyalties are primarily to the subject and only derivatively to us, the viewer.  But he and we function in the sphere of mystification and awe.~~

4 Responses to Reprise: Reading Karsh–the excluded and the included