Granted, I am not a skilled photographer, but lilac bushes are not particularly photogenic, even the very abundant, very energetic ones that make up the path of the lilac collection at the Arnold Arboretum.  Even yesterday, their day of full visibility, the sight of the lilacs, from a distance, was not particularly striking until we began our ascent up the path which brought us into their fragrant realm. There they were, bush after bush of lilacs for the entire stretch, the gentle wind of the day sustaining their fragrance, carrying it, holding it. This year, spring is late, and many of the bushes were not in full bloom, but the fragrance was unmistakable, intoxicating.

Yesterday was Boston’s annual Lilac Sunday when the Arboretum — all 281 acres and 14,980 living plants — becomes a truly common space of being: young and old, families and solitary wanderers, dogs on leashes and agitated squirrels, busy food trucks and improvised picnics.  It’s the day the Arboretum–that most beautiful of all of Boston’s hidden harbors– sheds off its modesty and comes out into the city, and invites the city in. After such a long, dreary winter, this year’s Lilac Sunday seemed particularly animated and joyous, a magnificent spectacle.

But this jewel of a site on the Emerald Necklace of our city’s chest is for all seasons, all climates, all occasions, all moods.  Nothing in Boston compares to the vastness of its landscape, the variety of its trees, shrubs, and plants, the daunt of its beauty, and the tenderness of its intimacy. The Arboretum  is destination and starting point, refuge and dislocation, strangeness and familiarity. 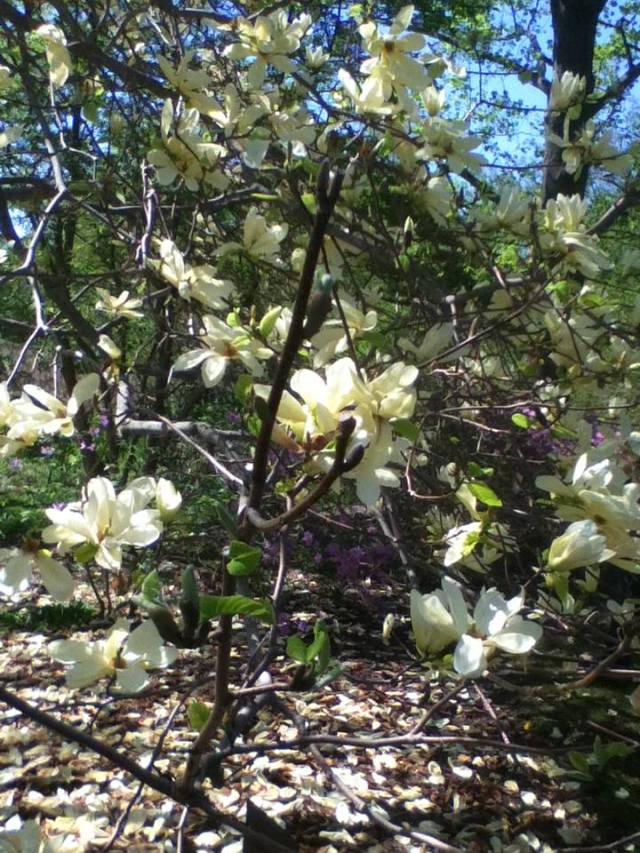 It is a place of stasis after a winding itinerary by car along Riverway and Arborway or an energetic walk from the Forest Hill subway station at the end of the Orange line.  Either way, the Arboretum is an open space tucked in the middle of the city; it is there but also takes some effort to reach for people like us who do not live downtown.

All of which is as it should be for a place so magical it takes the breath away, and gives  back the world anew. Like traveling to a far away place, getting to the Arboretum and being held by her spell and by her otherness is the common space of us all, creatures of the earth, a space made and remade by a pedestrian’s step, a leaf’s glide to the ground, a yellow warbler’s first flight into the searing blue sky. 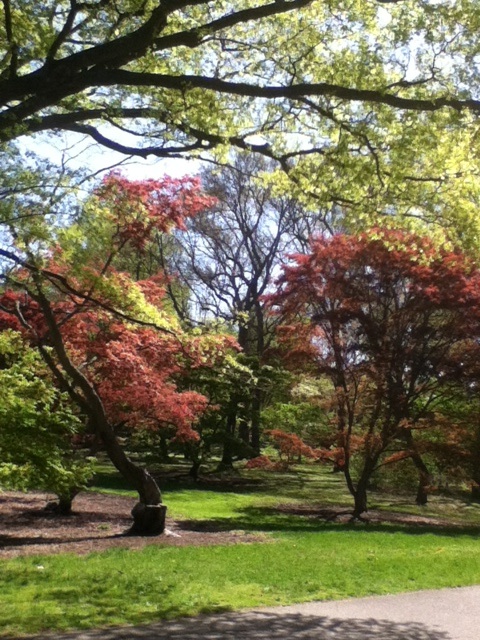