Posted on October 15, 2014 by Taline Voskeritchian

Yes, there are the small, quaint towns of Vermont, the daunting heights of New Hampshire’s White Mountains, but there are also beautiful spots of color and energy here in our city, in its downtown and its suburbs.  Mount Auburn Cemetery is one such place, one among half a dozen or so, and today this home of the dead was all life, a dance of shade and wind on an unseasonably warm day. 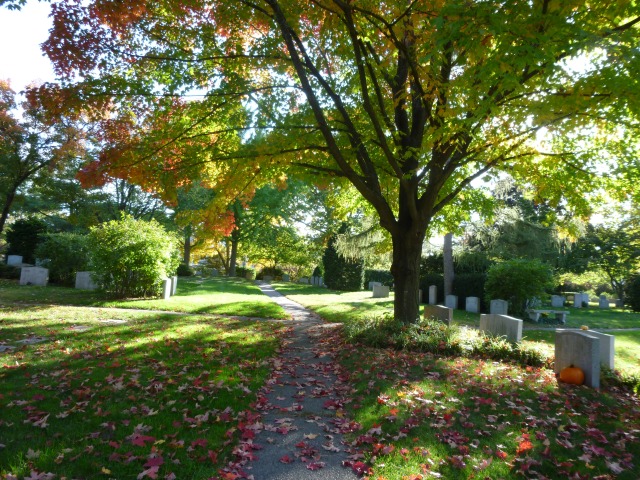 There isn’t much to say about this jewel of a place on the Cambridge-Watertown line.  Easy to get to, welcoming, and stunningly beautiful all year round, but most of all in autumn.  Today was Mount Auburn Cemetery’s day–sunny, yes, but also just windy enough for the constant downward turn of the leaves, one after another, like a blanket over the dead, a preparation for winter’s snow. 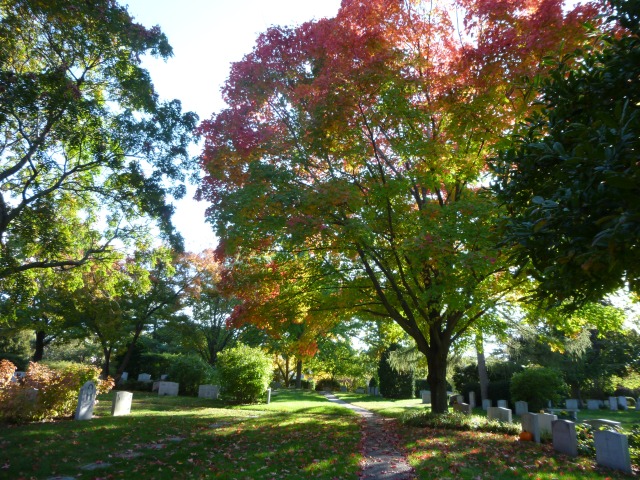 I come to Mount Auburn Cemetery often, to visit a person I love who is buried here, yes.  But also to be with all the dead, the famous and the lesser-known, those who were snatched too early and those who lived into ripe old age, those who sacrificed their life for a cause and those who died in silence, alone.  All here, subject to life’s great equalizer.  But also life’s reservoir of memory and meaning. 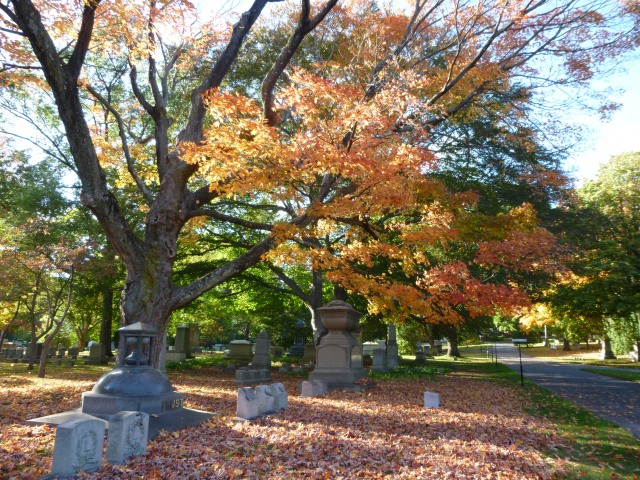 All here, in this expansive, meandering space of the living and the dead.  And a handful of us, pedestrians, lost, stunned, sorrowful, but most of all full of wonderment and awe at a leaf that suddenly begins its journey to the ground, twirls and turns, hangs in mid-air for an instant, then continues its path downward.  At last, it finds its place on the ground, and all motion stops.  Home. 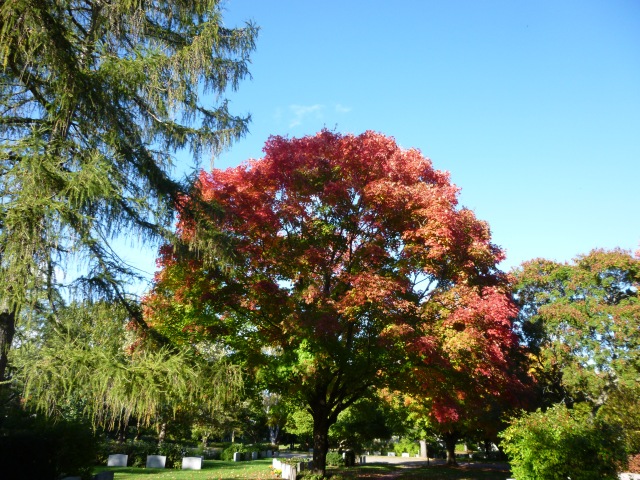 Farewell, until next time, when the snows melt and spring returns.  But on this miracle of an afternoon, it is life that the dead offer, life which is its own reward, path and destination, fall and rest.