Posted on November 26, 2014 by Taline Voskeritchian

~~I read today that Jafar Tukan, the eminent Palestinian-Jordanian architect, has died in Amman, the Jordanian capital.  Tukan’s vision was modernist; his commitment was to local culture and building materials.  He was a man of immense cultural knowledge, humility, and grace.  He was also a family friend, across the decades–first as a professional colleague of my father (who was also an architect), and then, with his wife Ihsan Tukan, as a friend of my mother.  Whenever I visited Amman, I would see Ihsan and Jafar, and we would while away the afternoon over lunch and coffee, in good conversation. 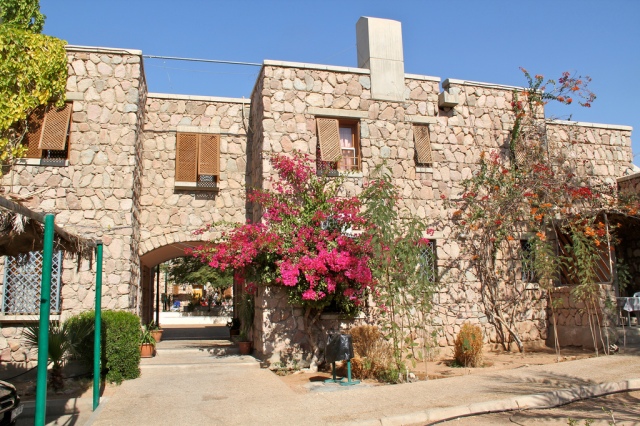 Born into a prominent Palestinian family of poets (Ibrahim Tukan was his father; Fadwa Tukan was his aunt), Jafar Tukan was an architect of local education (a graduate of the American University of Beirut) and practice, and open to the world.  His buildings stretched across the entire Arab Middle East, from Libya to Palestine; included government, cultural, educational, financial, commemorative and residential structures; and reflected some of the distinctive characteristics of their designer–clear, uncluttered lines and self-consciously restrained forms, but most of all an esthetic that was devoid of ostentation, excess, and aggressive visibility.

Today, Amman is a hodgepodge of many rather ugly building, their opulence bordering on the obscene, sustained no doubt by the wishes of the affluent who fled the two Gulf Wars.  Yet the clutter and excess coexist with another category of structures, harking back to those years when architects, among them  Jafar Tukan, and earlier my father, stamped the city with a honeycomb of buildings which draw attention to themselves for their marriage of the local with the international.  They arrest you in your tracks, these buildings, for all they show of stone and texture and perspective and contrast– the blue sky against the white limestone, the esthetic principle against the local materials, the grand design against everyday functionality.

The earth, light on Jafar Tukan, a great architect and humanist.~~