Posted on December 15, 2016 by Taline Voskeritchian

~~I wrote this article in 2005, and could not get it published although several “major” US newspapers showed interest only to withdraw at the last minute.  I can speculate, but that’s an obscene luxury now that Aleppo has been reduced to a ghostly shadow of its past glories.

Still, this is the Aleppo of my memory, our Aleppo.~~ 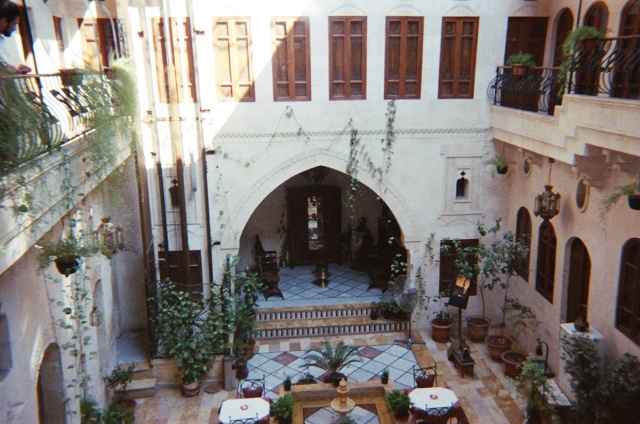 Halfway between the Mediterranean and the Euphrates River, Syria’s second city, which the locals call Halab, is home to some 5 million inhabitants, 15,000 taxis, and a 5000-year history of military invasions and mercantile traffic.

In the last few decades, Aleppo has also become the destination of choice for many European tourists who are lured by its architectural splendors, exceptional cuisine, and atmosphere of urbane sophistication and traditional hospitality.  “Aleppo is the next big thing,” says a Aleppine  hotel-owner.   “Barcelona, then Marseilles.  Now it’s Halab!”