Posted on January 3, 2017 by Taline Voskeritchian

~~I heard the news of John Berger’s death in the late afternoon, around tea and dried fruit, with friends.  There was a moment of silence, and then words of sadness, not so much about how brilliant of a thinker and writer he was, but about his humanity though none of us had met him.  That was the John Berger we were mourning now, so soon after his death, the one we knew personally and profoundly.  We spoke as if we had lost a friend, which we had.  For a figure so public in his political allegiances, his polemics, and his use of television in the 1970s and beyond, Berger was also a companion of the road; a man of lived, visceral wisdom extracted from the bowels of living; a person one could turn to in moments of doubt or elation or esthetic pleasure for solidarity, for solace or unabashed joy. 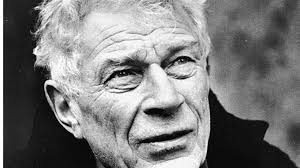 I began reading Berger in the early 1980s. Since then, I have read and re-read him many, many times, anything he wrote or spoke.  I have also taught him, the obligatory “Ways of Seeing” whose density of thought often leaves students frustrated and confused.  But Berger was best, I think, as an essayist, and I learned an immense amount about the essay from reading his short meditations, longer analytical pieces (I say pieces because some of Berger’s best work eludes clear classification), and his specific treatments of individual artists.  I learned that the essay is truly an open form, an exploration, travel without an itinerary; that words carry huge loads of weight of knowledge but also of the struggle to liberate oneself of that knowledge; that the best writing is a combination of heart and mind and body, of distance and closeness to the material one is writing about.  I also learned that the essay is a most forgiving genre for those of us who come to it with some uncertainty and even confusion about our subject.

Beyond craft, though, I learned one other thing from reading him. It’s an idea, or an attitude I have tried hard to practice and refine, with varying degrees of success.  The idea is outlined in one of his most consequential little essays, “Toward a Small Theory of the Visible.”    In this essay (I think it was published in “The Three Penny Review”) he skirts around the idea of receptivity as the most generative approach to art but also to life.  It is a seemingly modest idea, with some religious, new-age overtones, which Berger quickly and masterfully demolishes early on with the weight of examples he gives.  The examples, seemingly unrelated to each other, accumulate; the writing style shifts and bounces; the ideas and observations collide and then merge.  All this, as the heart of the essay itself, begins its ascent to the visible.  That’s how all of Berger’s shorter pieces work, by struggle and embrace because, I think he would have said, receptivity is not passive acceptance; it is work, hard work, often born of conflict and contradiction.  (Berger often uses and twists the epistolary idea in his writings, sometimes very deliberately as in one great novel, a love story told in letter form, “From A to X” but also more pervasively in his essays, all of which have the sense of being written for a specific person, for a listener or a reader known to the author.) 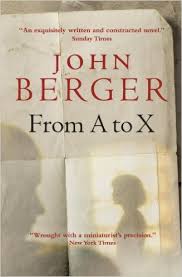 Of course, John Berger’s contributions to our ways of seeing art, the world, and ourselves go far beyond the personal.  He singlehandedly revolutionized our ways of seeing; pushed Walter Benjamin into the center of the English-speaking world; offered generously his support to political and social causes.  All that, yes, and more.  Along with the larger strokes and big ideas which touched and inspired at least two generations after the 1960s, Berger’s writing had the capacity for intimacy, of words devoid of academic jargon and high-flying theories.  Reading his best work–the novels, the essays, the literary criticism, the petitions–was like being with a  friend or a lover, in deep conversation of consequence and change.

That was the John Berger we spoke about last evening, all of us together, in solidarity.  No better way to go, no better way.  Farewell, dear friend.

Writing teacher at Boston University; translator (from Arabic and Armenian); prose writer; occasional editor; incurable wanderer.
View all posts by Taline Voskeritchian →
This entry was posted in Palestinians, Those we Love and tagged art criticism, essays of John Berger, From A to X, John Berger, Ways of Seeing. Bookmark the permalink.