Posted on September 24, 2017 by Taline Voskeritchian
A slightly revised version of a dispatch originally posted in summer, 2011.

Madrid, Barrio of Trafalgar, May 2011

It was Mahmoud Darwish, by his own personal and poetic admission a lover of Andalusia, who said about love—that love is either the longing for its arrival or the mourning of its loss.  In the poem ‘Intadzerha (Wait for her), the poet advises—even commands– the waiting lover to be slow, patient, disciplined; the poem itself is a kind of ritual of waiting, whose edges are illuminated by the image of her arrival though we and the poet know that she may not come.  As for the sorrow of love’s loss, all of Darwish’s poetry is a mourning–across historical epochs, through the political upheavals of the Middle East, and in and out of the private tribulations of love.

On the five-hour bus ride from Madrid to Andalusia, I think of Darwish again, and of the deep paradox embedded in his work—that to be one of the world’s great poets of love means to be in receptive of its illusiveness, to know that our expression often falls short of the fullness of the experience, our anticipation short of the fullness of the outcome. In the words of Kirshnamurti: “Not quite, not quite.”

And here I am, on yet another transport, this time a bus, moving toward a destination I have dreamed about since our high school days, when we studied Andalusian history as one of the golden ages of Arab and Islamic culture.  I am in anticipation of what is to reveal itself to me as we enter the city of Granada, the heft and flutter of approach laced by the inevitable coming of loss, of departure.  And so, caught in this trajectory, the only certainty is the passage itself: the swift sliding of the bus across a changing landscape, the loop of pop videos on the screen above the driver, the murmur of conversations mostly in Spanish. 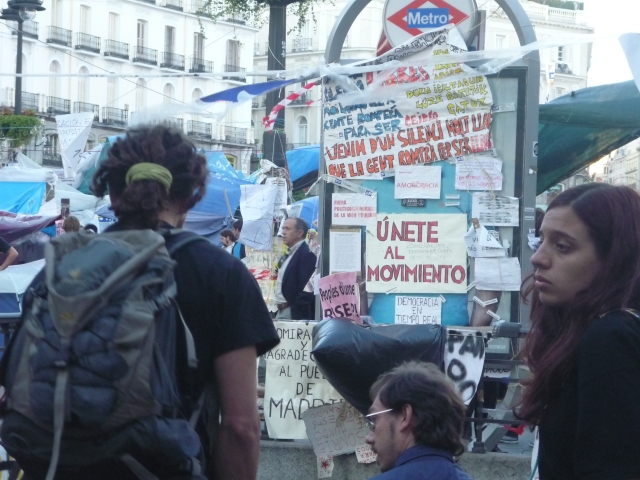 Nothing new in all this, nor in Darwish’s admission, really.  For all the talk about purpose and intent and plans and destinations, passage is what we do most, at least most of us.  And perhaps that is why passage, for all its shifts and slides, has a comforting edge, has a lulling quality which allows for the heart and mind to do their work in relative quiet and peace, to open themselves to moments of revelation, moments of clarity.

But passage is also a kind of protection, a redress against the two extremes of which Darwish speaks—the anticipation, which often leaves us a bit disappointed, and the mourning which spawns the empty sorrow at the heart of all departures.  In a way, we know these two ends, though we may surround our knowledge with so much talk that we end up believing (and living) our verbiage; we want to become what we say, to paraphrase Blake.  What we don’t know, what we don’t a clue about is the passage itself once it is liberated from the push and tug of departure and arrival. The passage itself, for all its pleasures and twists and shadows, for all its slowing of time.

The road to Granada

And here we are in the bus station of Granada, which is no different than any other bus station around the world.  Here we are in a taxi to Albaicin—the driver has a nicotine cough, and most of his molars are gone.  And here we are, with our backpacks and carry-ons, at the entrance of our street.  It is a beautiful sight, which automatically brings into focus other such places in the world—Venice, Jerusalem, Aleppo–old cities which have somehow withstood the ravages of time, the invasions, the occupations, the traffic, have withstood all this and been made less cocky, less arrogant. But not quite, not quite.

The end of the cobblestone alley is frayed and a bit unclear; the road is all rubble of reconstruction.  We begin walking, at first slowly, then a bit more quickly.  But not too quick, not too quick, for who knows what awaits us at the end of the stairs, now that the anticipation has found its destination?