Posted on February 9, 2013 by Taline Voskeritchian 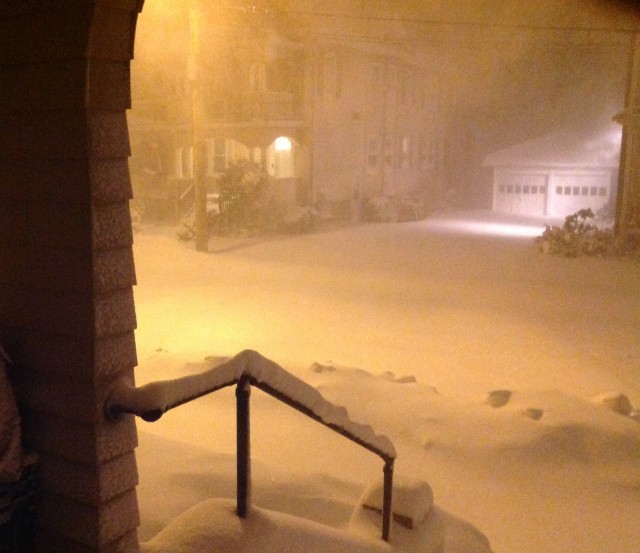 At last, Nemo has arrived. Like Irene before him, his name does not fall well on him.  He should have had a much less harmless name–something like Hannibal or even Stalin because, frankly, perched here on the second floor of my house, I really do feel like it’s the siege of Stalingard. The wind howls wildly, throwing the snow flakes (another description that does not go with what’s going on outside–a better word would be bullets) this way and that in such an agitated way as to drive those of us inside first wild and then fatigued.

It’s historic, all right this snowstorm-blizzard that is pounding our area, and our city specifically.  It’s like nothing we have seen before, nothing, and it is one of the most ferocious, wild sights outside. If you’re predisposed for excitation of this sort–which I am–then, this will be a long, macabre night which will sustain this storm of another 12 hours at least. 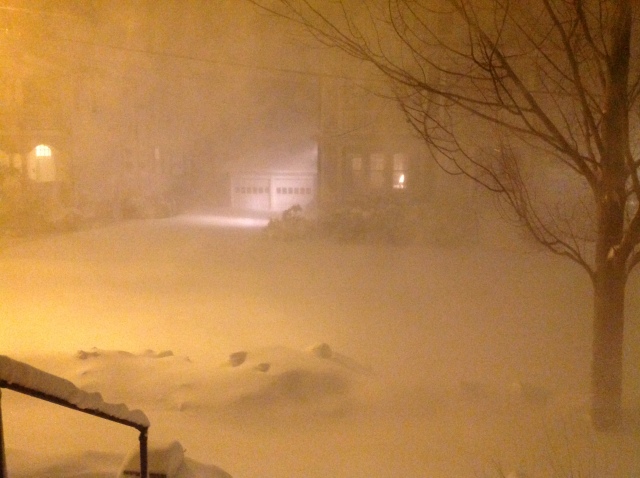 In the end, such huge events leave us, puny little humans, tired and helpless in the face of the onslaught.  We wait, our breaths bated and in a state of suspension, whirling, whirling with the snow dances outside, the white stuff surrounding us–teasing us, but also offering us such a weird spectacle.

We wait.  Cook some soup, take out the knitting, listen to Bill Evans and the crack of the wood burning.   The wind howls, vengeful almost, but also beckoning us, taunting us.  But most of all the white shroud, the petals caught in a wild, dizzying dance, and we–standing at the window, looking.

It’s going to be a long, long night. The wind is picking up, turning even wilder.  They say another 12 hours of this.