Posted on December 12, 2016 by Taline Voskeritchian

In Jordan: The return of the second native language

The important thing is that you’re coming back to a place that’s known and unknown to you, whose language you learned and loved as an adolescent but which you use now only to listen to (and read) the news on Al-Jazeerah or Al-Mayadin, to pepper your English with words from your past, to make your English alive, breathing and breathtaking.  Your stomach is a knot of tangled viscera; your heart is beating fast; your hands are sweating.

You’ve arrived, and nothing resembles what you have nurtured (or banished from attention) in your memory. Even the airport is not the same. The old one was pretty bad; this one is so new that you’re afraid to walk on its floors.  And your Arabic is rusty, has gone lazy with lack of use.  You may not even be able to put a sentence together, to ask a question at the passport control.  That’s the real trouble that awaits you in a couple of minutes.

The passageway to the new Amman International Airport is long and resembles nothing like the old one. It opens onto a hall on whose left sides are the passport control booths. Bu where is the currency exchange booth?  For a moment you panic and even wonder, in your irrational state, if you’re in the right city, the right airport.  You have to ask someone, in the native language, in your rusty, flaccid Arabic, incurring shame and ridicule for sure.

You follow a line of people going to the right corner of the hall. It’s done, no words spoken, no embarrassments.  And now you’re at the passport control, your identity and your forgotten language wrapped into one existential mess.  Now, you have to speak in your native second language.

How long is your stay?  The official at the control is a young man, kind and soft-spoken.And before you know it, your Arabic words rise from your throat, roll off your tongue, and slide across your lips. 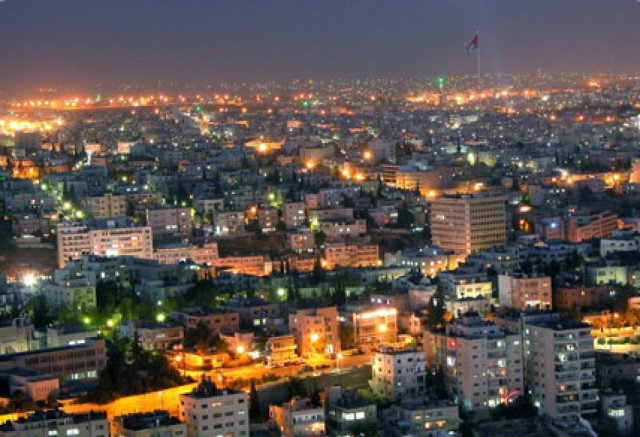 The conversation continues, amicably. Perhaps he is amused, you wonder.  But you don’t follow that line of thinking because suddenly, mysteriously, you are again in one of your homes, the home of your adolescent Arabic which you spoke and wrote and read and recited.  This love has resided somewhere in the back chambers of your heart, but this evening, on this arrival, it seems as though you were speaking it for the first time, each utterance new, untried, pure even.  The eternal circle of leavings and beginnings, and your  words the threads that tie the circle’s two ends, “to arrive where we started/and know the place for the first time.” (T.S. Eliot)